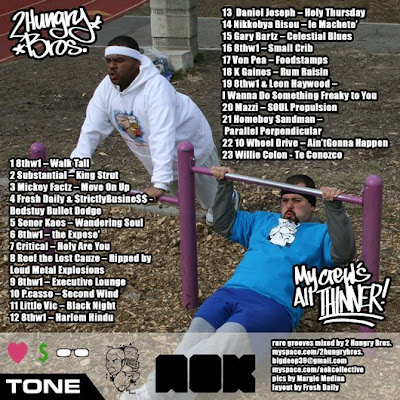 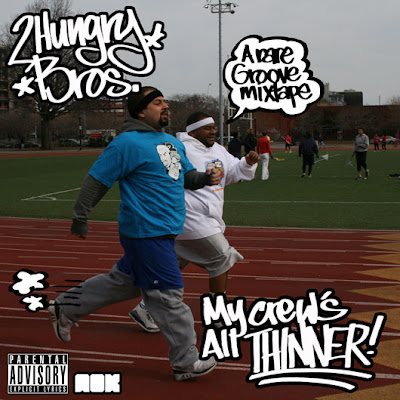 Here's some info on the album:

The 2 HUNGRY BROS . have been making noise in the NYC hip hop scene for over a decade. The amazing duo of producers Deep and Ben Boogz joined forces in 2003 and have been producing classic music ever since. Forming an alliance with the illustrious AOK COLLECTIVE the 2 Hungry Bros have provided a soundscape to many of AOK's signature records. In addition to their self produced album "TABLE MANNERS", 2HB have laced classic tracks for FRESH DAILY, HOMEBOY SANDMAN, 8THW1, P.CASSO and NOLA DARLING.
The dusty fingered duo are well known for their ability to find extremely rare vinyl. To date they have released a series of "Rare Groove" mixtapes featuring some of their grooviest finds. It only made sense to let the AOK COLLECTIVE and FRIENDS jump on the rare grooves!
Email Post