Skip to main content
Labels
Posted by Unknown May 28, 2010 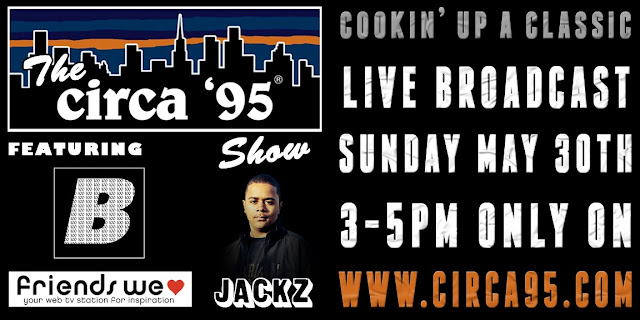 Friends We Love is a daily curated blog, original web series + inspirational hub devoted to showcasing innovative artists + creative content from NYC + around the globe. Mike + Moni will be stopping by and chatting with us about their upcoming projects.
www.friendswelove.com 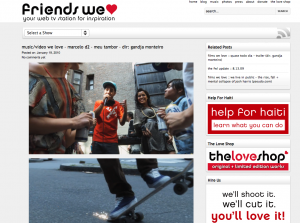 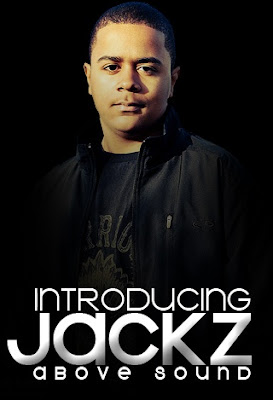 Jelani Olushola Bodden better known as Jackz was born in Brooklyn in 1993 and raised in Queens New York. At age 5 he discovered his love for writing, by writing poems and stories. At age 11 he wrote his first song and at age 13 he recorded his first track, from then on his dream to pursue music was born. Jackz was raised on all types of music growing up, including mostly R&B, Salsa, Soul, and Hip Hop. His mother loved to listen to Prince, Stevie Wonder, Take 6, and Jill Scott, and so did Jackz. He loved the art of producing, rapping, and song writing, and with so much talent he decided to pursue it all. The young producer, hip hop artist, and songwriter, has released his debut album which is entitled “Above Sound”. Jackz’s Above Sound represents Jackz as a perso. Diverse, creative, a little bit of everything, from party to love and deep thought. And it doesn’t end at just music; Jackz has appeared in acting roles such as recording artist Joell Ortiz’s music video “Call Me” starring as young Joell Ortiz.
www.myspace.com/itsjackzmusic
www.twitter.com/jackzmusic

1 Hundred B  // Graffiti Shop
1Forsyth Street
(Between Broome and Grand)
Open only Wednesdays and Fridays from 3-9pm and appointments. Follow them on twitter.com/100B  to know when they are secretly at the store during the week. For appointment inquiries please email them at 1HUNDREDB@gmail.com  www.1hundredB.com

Email Post
Labels: 100B circa '95 friends we love jackz music