PROPS TO THE LADIES ALL OVER THE WORLD!

FEMALE RAPPERS FROM ALL OVER THE WORLD 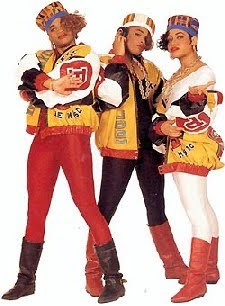 For some reason mainstream media enjoys hiding female emcees. Right now Queens native and Young Money representative Nicki Minaj has got everyone's attention. Props to her for bringing the spotlight back to the ladies. Let's get our Carmen Sandiego on and  scan the globe and find other female emcees who are doing their thing as well!
If you know of other amazing female emcee's we need to give props too,
please let us know so we can feature them on our blog!
Circa '95 wants to support Women in Hip-Hop no matter where you live or language you speak!
LADIES FIRST !
Check out some of the ladies I've been listening too...... 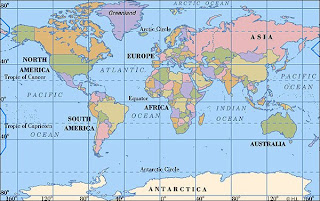 KOREA
Tasha (korean name- yoon mi rae) is half African American and half Korean. As she grew up, she had a hard time searching for self identity. This is a story about a girl who’s forced to live as a stranger in Korea, enduring racial prejudice. http://shenyuepop.com/tag/yoon-mi-rae/

CHILE
Ana Tijoux  -  1977 is her latest album. She recently toured the USA and is coming back for more this summer. Make sure you follow her on twitter! @anitatijoux
SPAIN
Mala Rodriguez, has been hitting up the Latino hip-hop scene. With a huge following she is bound to make noise with her new album Dirty Ballerina. check her out here http://www.malarodriguez.com/
DOMINICAN REPUBLIC
Milka La Mas Dura - with her hit song " Dale Ven Ven".
FRANCE
La Rage (The Rage) by French female rap artist Keny Arkana. Released in 2006, La Rage refers to global politics and the 2005 riots in the banlieues (ghettos) of Paris which spread to other cities in France.  Keny Arkana is part of La Rage Du Peuple (The Rage of the People), a music collective formed in 2004 in Marseille, activists in the alter-globalization movement.
http://www.keny-arkana.com/
AUSTRALIA
Maya Jupiter -  Check out her website http://www.mayajupiter.com/  or follow her on twitter http://twitter.com/mayajupiter
AFRICA
From Ghana  Eazzy - "Bo Wonsem Ma Me"
Nneka from Nigeria
CHINA
GERMANY
Meditias - No Pressure
CUBA
Las Krudas
JAPAN
HIME,  from DJ Honda Records
Coma-Chi "Michibata"  http://www.myspace.com/comachi
So many females, So much inspiration!
-PattyDukes Member of Circa '95
Email Post
Labels: china cuba Female Emcees female rappers Hip-Hop japan k.tana La Bruja Lah Tere PattyDukes