When: Tuesday, June 21, 2011 at 7:00PMWhere: Red Hook Park
For over 15 years, Talib Kweli has been a king of New York hip-hop who has an expansive international audience.
Kweli’s work with Mos Def on the famed album, Black Star still stands as one of hip-hop’s premier collaborations and was instantly hailed by critics upon its release. Regarded as a virtuoso performer that continues to wow audiences and critics alike, Kweli has performed all over the world, offering fans his unique rhyming style. Famous for his collaborations with artists as diverse as Kanye West, Justin Timberlake, Mary J. Blige, Norah Jones and many more, Kweli has had a career filled with success and innovation. To many, it comes as no surprise that both Jay-Z and 50 Cent, at the height of their stardom, both counted Kweli among their favorite rappers. 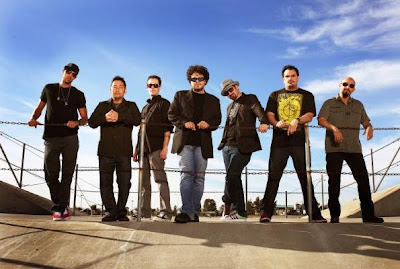 When: Wednesday, June 22, 2011 at 7:00PM
Where: Red Hook Park
Ozomatli celebrates the multitude of cultures in Los Angeles with their music – a notorious urban-Latino-and-beyond collision of hip-hop and salsa, dancehall and cumbia, samba and funk, merengue and comparsa, East LA R&B, Jamaican ragga and Indian raga.
For 15 years, they have entertained audiences around the world with their unique sound of horns, percussions, strings and vocals while promoting a positive message of peace. They served as official U.S. State Department Cultural Ambassadors and exemplified how diversity promotes change. According to the LA Times, “Ozomatli’s deep community connections and polyglot mix give the band a musical and cultural cachet.” The seven multi-racial members of Ozomatli are committed to addressing social issues of local, national, and international importance through fun, yet inspirational entertainment.
For more info visit;
http://www.summerstage.org/